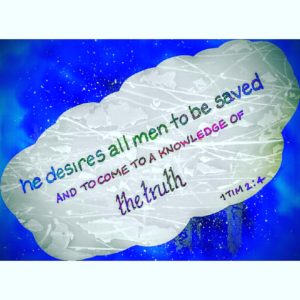 He isn’t quick to condemn.  He is fixated on saving everybody.  Every single one.  That means he is using all of his resources to reveal the truth to us.  I am a witness of this.  I lived in a place that is susceptible to earthquakes.  After a large, devastating quake, that destroyed various buildings and roads, I wasn’t sure if I should go to work the next day.  I had checked on my parents, and brothers/sisters that still lived at home.  Everybody was fine. I decided to go to work the next morning.  I worked for a large corporation and only a small percentage of people were there that day.  One lady in particular, sees me a few hours into the day and invites me to church.  (as a side note, during the quake, which occurred during work hours, she waved her Thomas Chain Reference Bible and said in a loud voice, “Life Insurance”)  So basically, I figured she was a religious wing nut.  Yea, no.  I wasn’t planning on going to church.  He disappoints, remember?  Besides that, I was a Catholic atheist.  I didn’t believe in God, but I was still afraid of Him.  Old joke.  I convinced myself that I was an atheist.  No God, no problems.  This crazy lady keeps inviting me, engaging in conversation with me for 4 months.  Eh, kind of paid attention, but mostly didn’t take it seriously.  Honestly, I was kind of scared.  I didn’t want to know about God.  The only reason I went to church with her 4 months later was because she KNEW the Scriptures.  She would back everything up with the verses.  Crap, I was in adultery, had an abortion, loved to get drunk, and I was very familiar with drugs.  Yet, I was a fully functioning person, just like my dad.  I had a very good job working for a sub contractor of the government.  I was an accountant.  I never missed a day of work.  But nobody could party harder than me.  I’m serious. I compartmentalized the wild side so that it wouldn’t bleed over into my professional life.  But I really didn’t hold back on that party life. So, I have to say, I was a hard sell.  If she couldn’t give me any Scriptures to validate what she said, it was a no go.  I’m still like this.  I feel bad for her, it was tough, but she stuck it out.  I should be like her.  Finally, March 21st, after studying the Scriptures, gaining faith, and repenting, I am baptized!.  So, what? This is what:  I was not royalty, or wealthy, influential, or particularly brilliant.  Do you know what that means?!!  He wants all men to be saved.  Every single one. 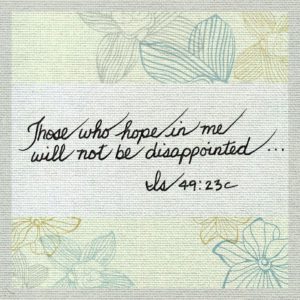 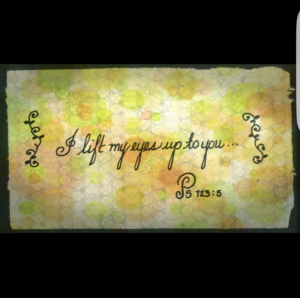 Here on earth, the merry go round keeps going.  You can’t ask everybody to stop so you can re-calibrate or catch up.  You have to keep going.  The obligations, and responsibilities are there.  Meanwhile, there IS respite.  You can look up. You can stop for a moment, even if life keeps going, and you can take a look at the heavens.  Escaping from the ant mentality and making room for a different perspective.  Sometimes I do this when I am driving to work. Just for a few seconds, I look up and around at the sky and really try to connect with the heavens.  Knowing that He is there (and here) and that what I am experiencing isn’t all there is.  I have to readjust my view or I will becomes deceived and this life will take me down. 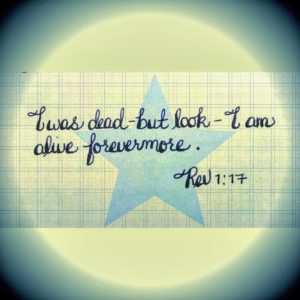 Death has never been more appealing!  Jesus made this statement and because he did, mankind has hope. We have conquered mountains, space and even each other.  But man has never conquered death. Anyone who decides to follow Jesus, dies to themselves, and kills off their self interested life.  They are born again to a new life.  That means that a Christian can make this same statement too.  By dying, we defy death! 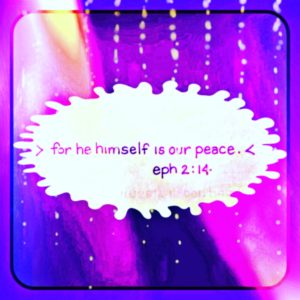 Without Jesus, we will absolutely face anxiety, fear, conflict insecurity, distrust, doubt and it will tear us to pieces. That is why Jesus is our peace. He bridges the gap. He overcomes those things so that he is our calm, courage, harmony, security, trust, faith. He is it. I have no desire to confront life without him as my peace. I already tried it without him. It is convoluted and labor intensive because you have to rely on yourself and/or others to try and make it through this life. And you and they will FAIL. Not all the time, not even most of the time, but enough of the time. Then when you try it the other way, the hard things don’t go away, but you no longer are responsible for solving them. So, that’s where the peace comes in. 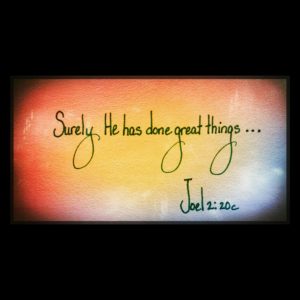 He has. He continues even today. He does great things on a micro and macro level daily. The great things that occur at even the the tiniest time intervals are amazing. I don’t know that our minds are capable of really capturing the understanding of how truly great his works are. I told someone once, that I thanked God for great parking spots. He was disgusted with the idea that God would bother to utilize his power for something so mundane and unimportant. It does sound kind of funny thinking he would accommodate me in this way. But there is a Scripture in James 1:17 that says every good and perfect gift is from above. So, I am going to claim that even great parking is proof that he has and continues to do great things!